Farewell to the battery bin wagon

The 1960s pretty well saw the end of battery-electric refuse collection.  The last of the exotic Glasgow GTZ’s went in 1964. Built in 1935, car number 57 had put in 29 years of gruelling service.  The Birmingham Electricar fleet dwindled throughout the sixties, with the last being retired in 1971.

The ingenious system of collecting refuse and then incinerating it to produce electricity to power the bin wagons ceased to make economic sense for a number of reasons.  The early incineration plants were inefficient and their small scale made them uncompetitive with the much larger coal-fired power stations that were put up from the 1930s.

With the arrival of the National Grid and the takeover of municipally-owned power stations when the generating industry was nationalised in 1948, councils were unable to sell current back to their own operations on preferential terms.  This was also a major factor in the early demise of tram systems, and subsequently trolleybus networks.

It is also probably the case that because of their inefficiency, those early power stations released a good deal of hazardous material into the atmosphere close to large populations.  That inefficiency might have been compounded by the changing composition of domestic rubbish, as partially burnt fireplace waste gave way to much more cardboard and plastics.  As early as 1949 Birmingham Salvage Department was complaining about the ‘tremendous decrease in the calorific value of household refuse, apparently due to the poor quality of current day domestic coal’ and by 1956 the improved efficiency of household grates cut it still further.

The growth of towns and cities, with expanding suburbs, meant that the tipping areas were pushed farther and farther out to the point where the electrics’ range was insufficient to do a reasonably long round and then cart a heavy load to the outskirts.

Another important factor was the increased power demand in modern refuse collectors.  Early electric vehicles had covered bodies into which loose refuse was cast, and this was tipped out at either the waste site or the incineration plant.

But from the 1930s firms making the bodies for refuse collectors came up with increasingly ingenious ways to compress the load so that light, bulky refuse could be compacted and a higher tonnage of material could be picked up on each round.  These systems needed a lot of power to drive them, and electrics did not have power to spare without adding extra battery cells that would of course reduce the potential payload.

It is also probable that the growing number of motorists on the roads of places that operated electric refuse collectors were getting increasingly fed up with getting stuck behind these lumbering snails as they wended their way between the depot, their rounds and the tip.  Whereas a milk float was fairly easy to overtake, these dustcarts took up a lot of road which made passing them awkward and sometimes dangerous.

Meanwhile the electric milk float had become ubiquitous.  The whirr of the motor and the clatter of the bottles in their crates became the soundtrack to many an early morning.  They entered popular culture with Norman Wisdom’s typically clumsy antics as a milk man in the film ‘Early Bird’ in 1965.  Needless to say the bad guys had the milk floats, Norman had his beloved horse.  There was also the enduring comedy trope of the naughty roundsman enjoying the charms of friendly housewives as in the Dick Emery show, Monty Python, and later on Father Ted.

Some of the electric fleets were huge, even outside London.  Between 1933 and the 1960s Birmingham Cooperative Society had bought around 1,300 electrics as milk floats, laundry vans and bakery vans.  As the laundry and bakery delivery operations dwindled, vehicles were often rebuilt as milk floats.

The door-to-door laundry service died off because more and more homes acquired washing machines.  By the end of the 1960s greater car use and the rise of the supermarkets saw the demand for home delivery of bread and groceries also diminish.  Retail price maintenance was gone and the supermarkets were able to offer food and other goods at prices a door-to-door service could not compete with.

One solution was to convert surplus delivery vans into milk floats. Whilst this took advantage of the durability of electrics, it obviously had a depressing effect on new vehicle sales. A frequent approach was to strip the van down to the chassis, recondition the running units, and fit new glass fibre cabs and bodies.

Given the longevity of the chassis, there was also a lot of reconditioning of milk floats so that some survived for decades.  Firms like Electric Vehicle Services of Brownhills bought up old milk floats and stripped them right down, fitting new bodies and cabs (often the Morrison-Electricar Marsden type).

A more basic approach was taken by Henry Bugden of Brighton, a maker of pedestrian controlled prams for the Post Office among others.  This firm took older small floats and rebuilt them for further service with rudimentary Manulectrics cabs and (even in the 1960s) solid tyres.  Over two hundred such conversions were done, with many going to Job’s Dairy in west London.

This was the decade of little product innovation in the electric vehicle world, certainly as far as commercial vehicles in Britain were concerned.  In fact there was a determined move away from electric road vehicles of all kinds.

Aside from milk floats and limited numbers of municipal vehicles, the other prominent application was trolleybuses, which collected their energy from overhead wires instead of an onboard battery.  Without the ability to generate their own electricity and believing all that overhead infrastructure hampered traffic flows and interfered with highway engineering, towns and cities across the country abandoned these quiet, elegant machines in favour of diesels.  From 21 systems in 1960 (including London, once the world’s biggest), there were just four in 1970 and none two years later. 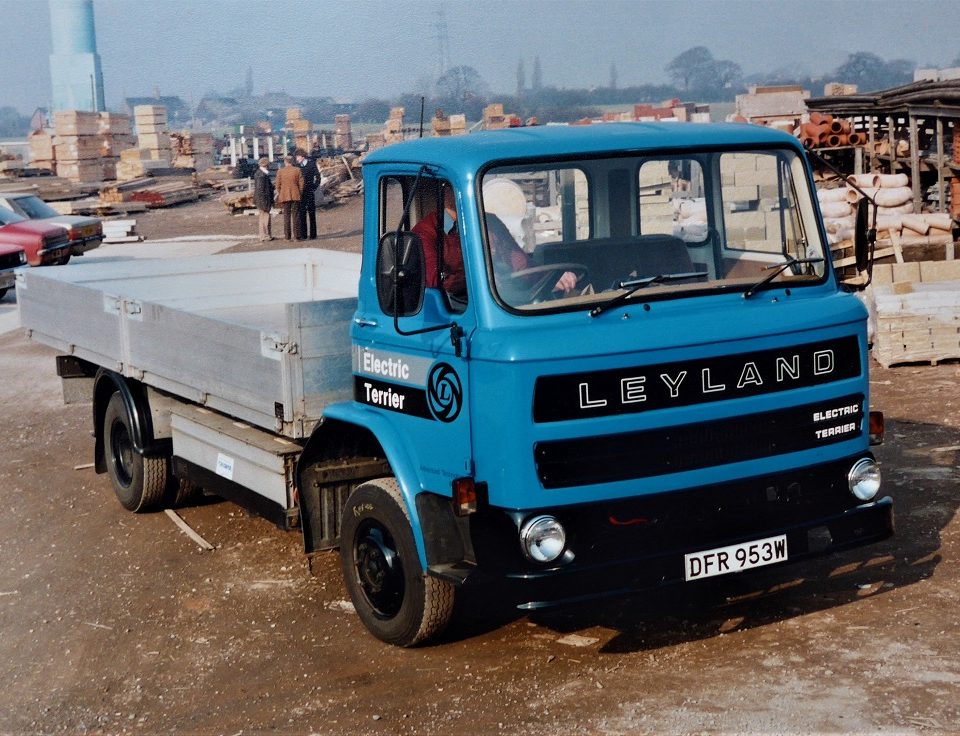 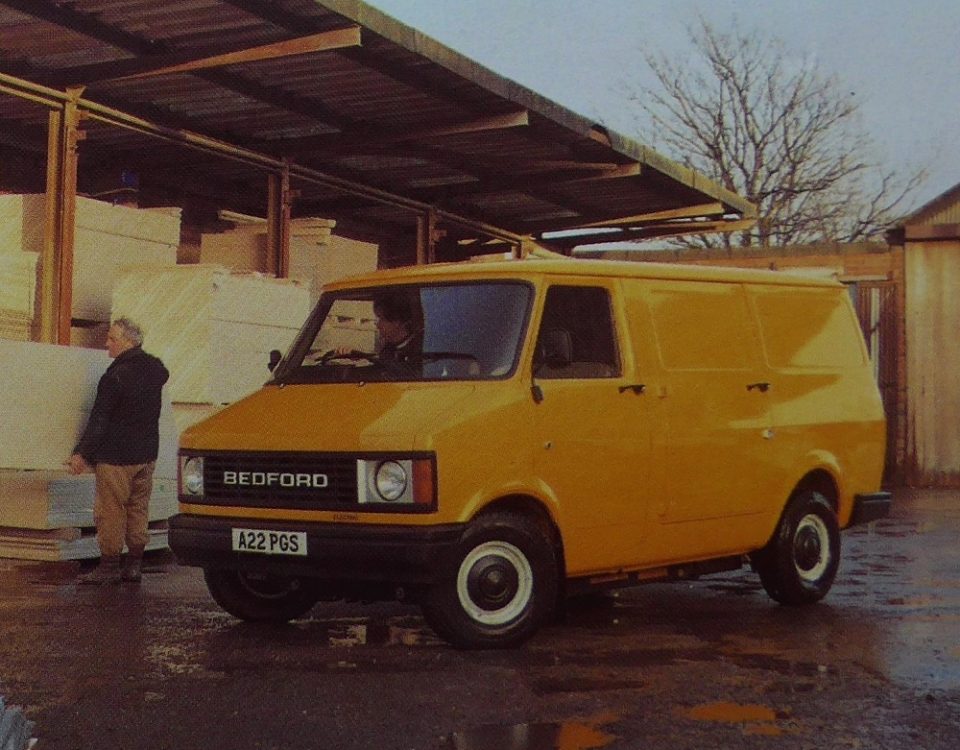