At the start of the 1980s the three long-established manufacturers, Crompton Electricars, Smiths and W&E Vehicles, were collectively building between 1,200 and 1,500 vehicles a year and had done so for some time. It must be emphasised though that a substantial share of these were unlicensed machines like industrial trucks.  The operators were more interested in incremental improvements rather than radical change, so innovation – especially in terms of the drive system – was limited.

However, in the mainstream motor industry, and in the UK Government, there was a growing sense that electric vehicles would have to play a much bigger part in moving goods and people.  The drivers included gaining independence from oil as a primary fuel, having a reduced impact on the environment, staying at the global forefront of electric vehicle technology, and developing a strong British supply industry.

A small but useful signal of government support for wider use of electric vehicles was the abolition of road tax on them announced by the UK government in March 1980.

Seeing a role in urban delivery

There was increasing optimism that this was going to be the decade when electric vehicles would take a significant share of the urban delivery market.  The efforts led by Lucas and Chloride in the late 1970s had shown this was not far-fetched.

The Electric Vehicle Association believed that the UK had the capacity to build 5,000 traffic-compatible electrics per year.  Bedford was even more upbeat.  It reckoned there could be a market for 10,000 electrics by 1989, which would represent 20% of Britain’s one tonne van market, with the take-off really beginning in 1985.

The oft-repeated arguments continued to be made: high reliability, long vehicle life, quiet operation, simplicity of control, lower energy and maintenance costs compared with diesels, no vehicle excise duty, no annual testing, no cold-start problems, no fuel storage responsibilities, no pollution (at least from the vehicle itself).

On the other hand, there were serious reservations among major users, notably about resale values.  The Post Office had a fleet of over 20,000 vehicles in the 1980s and their usual policy was to run vans for seven years and then sell them at auction.  They could be pretty confident about the resale values of diesel vans and built them into their life cycle cost calculations.  That would not be possible with electrics, which might well have no resale value and even cost money to dispose of.

In April 1981 Lucas and Chloride joined forces to create Lucas Chloride EV Systems.  The aim of this joint venture was to develop and market components and drive systems for high performance electric road vehicles building on their respective efforts to date.  Urban delivery vehicles were seen as the most promising area, because their mode of operation fitted best with contemporary technology.

Lucas would concentrate on vehicles with a payload around one tonne; Chloride would focus on vehicles having payload in the region of two tonnes.  The joint venture company would receive UK Government support through the Department for Industry, matching the JV’s spending pound for pound up to £1 million per year for five years, and subsidising the purchase price of new vehicles for five years.

By the end of 1983, Lucas Chloride had active involvement in four electric vehicle programmes: the Dodge 50 Series, the Bedford CF, the Freight Rover Sherpa and the Leyland – W&E Electric Terrier.

Encouraged by the reaction to the Silent Karrier and genuine interest from the market, Chrysler UK decided to produce an electric version of the new Dodge Series 50 shortly after this product was introduced, with the close involvement of Lucas Chloride.  The benefits of creating a bespoke electric chassis were considered, but overall it was felt that the compromises involved in taking an – albeit very up to date – internal combustion design and adapting it outweighed the disadvantages.

The base vehicle would be the Dodge S66, with a GVW of 6.6 tonnes.  Depending on exact specification and bodywork, this would permit a payload of 1.5 to 2 tonnes.  The performance parameters set for the Silent Karrier were carried forward.

To help stimulate demand, the Series 50 electric came with a number of incentives.  A Department of Industry £4,000 subsidy brought the basic vehicle price down to £14,625 (including battery and charger).  This still made it 70% more expensive than a Dodge S46 diesel which could carry the same payload.

Chloride offered a four year battery leasing programme, involving eight half-yearly payments of £825, on condition that the operator would submit to regular checks that it was looking after the battery properly.  Working the figures through though, it could be shown that over eight years, the electric would be about £3,600 cheaper to acquire and run than the diesel.

One of the most enthusiastic operators of electric vehicles was Southern Electricity, but by 1982 out of a fleet of over 3,000 vehicles, only 50 were battery-powered.  That comprised 22 Silent Karriers, 20 Dodge S66Es and 8 Bedford CFEs. Their duties included appliance delivery, street light inspection and carrying teams and kit for sub-station maintenance.

Other users included Kingston Upon Hull and the London Electricity Board.  Hull was actually a more significant electric vehicle user than Southern in the sense that 10 out its 133 vehicles were battery-powered by 1984, a much bigger share.  That included a number of Smiths Cabacs, a Dodge 50 Series and a Bedford CF.

In an effort to help shake off the rather dowdy image of milk floats, Clive Sinclair (of Spectrum computer and later C5 electric tricycle fame) sponsored a competition for students at the Royal College of Art in London to come up with a futuristic milk float design.  Whilst most of the entries were not entirely practical, they did offer some genuinely innovative ideas in terms of appearance and use of light-weight materials.  The milk float makers were unmoved.

Despite all this activity, the actual sales of electric vehicles were in decline – the late 1970s turned out to be the beginning of the end for traditional electrics.  In 1981 789 milk floats were registered, 42 street cleansers, 8 hospital vehicles (probably not road legal) and 51 vans and other types – a total of 890 (down from 1,030 in 1979).

Jump forward to 1985 and the situation looks bleak.  Just 363 road-legal traditional electrics were registered in 1985, of which 292 were dairy machines, 42 street cleansers, 6 for hospitals and 23 for other purposes.  But of that total, 90 were rebuilds of existing vehicles, bringing new registrations down to just 273.

Suddenly it was the mainstream manufacturers who were boosting volumes, with 289 Bedford CFs and 135 Freight Rover Sherpas hitting the road.

The slow progress of electric vehicle technology was lamented by Commercial Motor in 1981.  It noted that in 1908 the Great Western Railway ran an electric lorry which could carry two tons for 25 mph at up to 13 mph, and that in 1981 National Carriers (effectively a successor to GWR’s road delivery fleet) was operating vans that could run for 50 miles at up to 40 mph but only carry a payload of 35 cwt.

Over that seventy-year interval the internal combustion-engined goods vehicle had increased its payload by a factor of three, its maximum speed by a factor of five and its range was effectively unlimited.

Reflecting the decay of the established battery-electric vehicle market, the traction battery industry was in trouble.  Since the end of the 1970s Lucas had been working on a next generation battery, the nickel zinc.  This promised an energy density three times that of lead-acid cells.  The problem was durability and Lucas was struggling to get anywhere near a target of 800 deep discharge cycles.

Lucas as a whole was facing challenging times as the British motor industry (the main customer for its starter batteries and plethora of electrical and mechanical components) endured a turbulent decade and the closure of many big manufacturers.

Chloride’s markets were also under threat.  The sodium-sulphur battery development programme was faltering – struggling to find a practicable way to insulate and protect the fragile cells that had to be kept at 300 degrees Celsius.  By the mid-1980s progress on electric vehicles was threatened by the need to make big corporate cost savings.

To streamline operations and save money the MPPG and Silent Power divisions were merged to form Chloride Industrial Batteries. 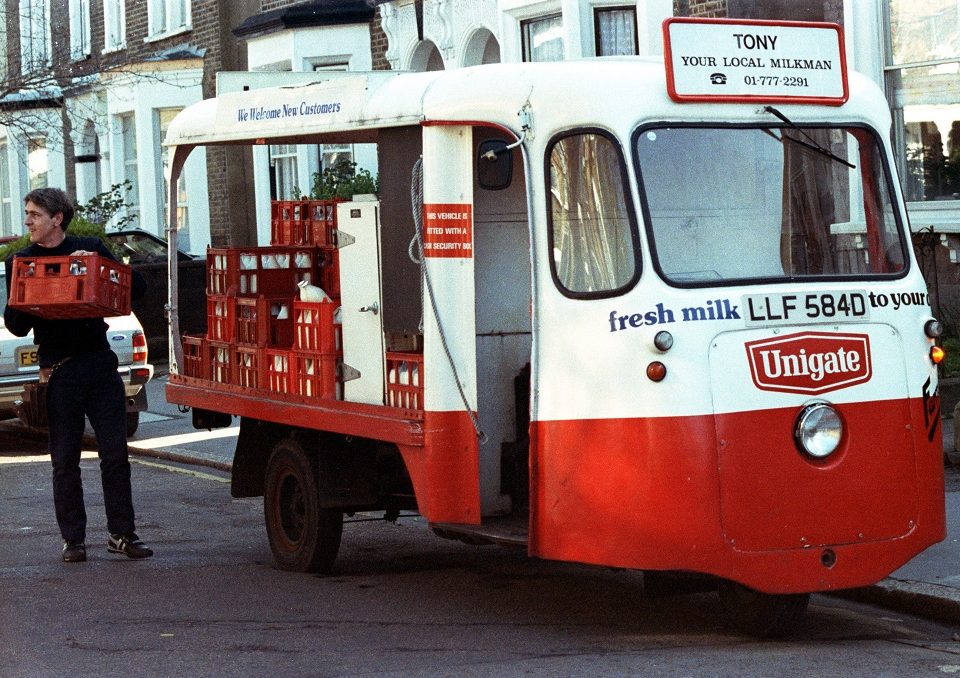 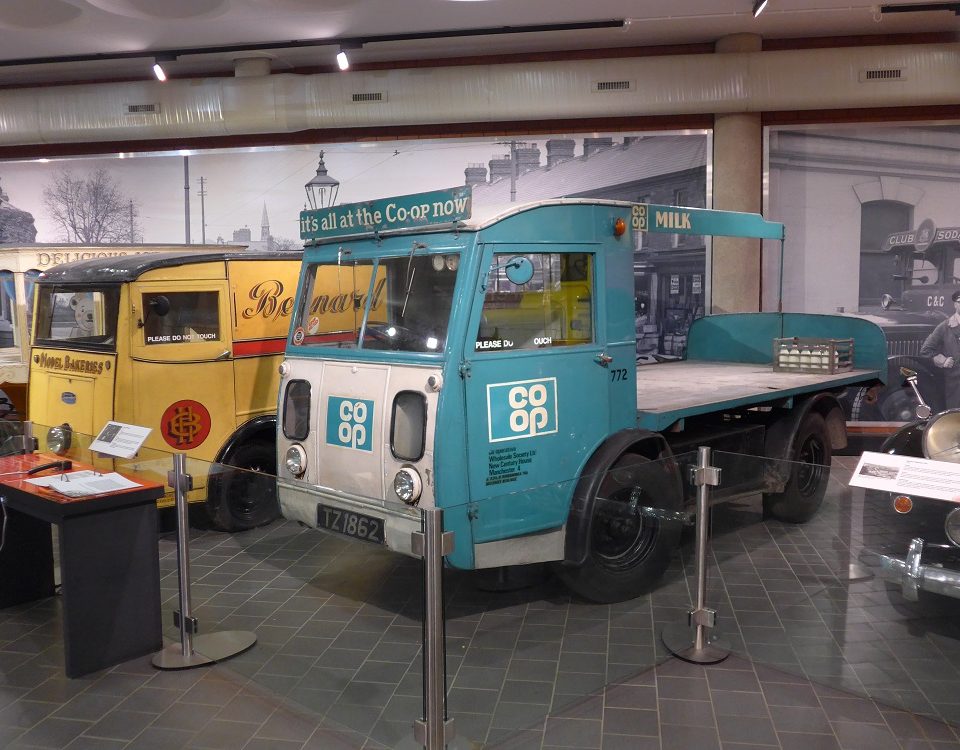